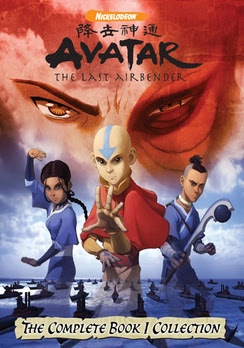 OVERVIEW: Avatar: The Last Airbender is a Nickelodeon animated series that ran from February 21, 2005 until July 19, 2008. The show is set in a fictional world where certain people known as "benders" have the ability to manipulate one of the the four natural elements: water, earth, fire, and air. Each element has a respective nation dedicated to it: the Water Tribe, the Earth Kingdom, the Fire Nation, and the Air Nomads. 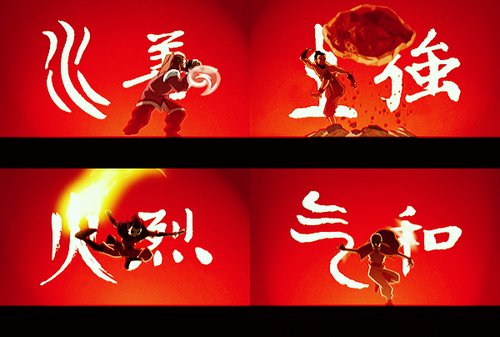 Now all they need is heart and they can summon Captain Planet.

Amongst the many benders of the world is a single entity known as the avatar, a powerful bender who can control all four elements. The avatar acts as the peacekeeper between the nations, as well as the "bridge" between the physical and spiritual worlds, and upon death he or she is reincarnated into one of the four nations (following the cycle of water, earth, fire, and air).

The show's equivalent of "Come at me, bro."

100 years prior to the main story, the Fire Nation began invading the other countries. The avatar had gone missing, and the next one was set to be born amongst the Air Nomads. The Fire Nation eradicated all of the Air Nomads to ensure that the avatar could not stop them and waged war on the other nations for a hundred years, conquering the majority of the world.

At the start of the show, we meet two members of the Southern Water Tribe (located at the south pole): Katara, a young and inexperienced waterbender girl, and her nonbender brother, Sokka. The two of them discover a boy - Aang - trapped within an iceberg and, upon freeing him, discover that he is the last of the Air Nomads - the last airbender.
REVIEW: This show is one of my favorites, but I'll try to keep this as unbiased as possible. As you can tell from the overview, this isn't like any other Nickelodeon show; this is a show that has put a lot of effort into the world it's created and wants to be taken seriously.

The nations are based on various world cultures, primarily Asian: the Fire Nation is Japan, the Earth Kingdom is China, the Water Tribe is Inuit/Eskimo culture, and the Air Nomads are based on Shaolin or Tibetan monks. You see this not only in the setting but also in the morals and ideologies that the show presents.

While the world is clearly based on real-world cultures, the writers make a point of adding their own flair to the setting. As I said, each nation is based on an element, and each nation also has a set of morals and ideologies that its members hold to the highest standard. As with most fantasy settings, the world has an engaging and fleshed out mythos that's impossible not to get sucked into; the creators clearly spent a long time creating a realm for their story to take place in. The history isn't just thrown in as random exposition either; each episode uses the lore of the world in order to progress the current plot, making the world feel real and genuine.

One last note on the setting: the creators had this pleasantly bizarre habit of combining two animals to create the creatures of the show. It sounds like a cheap gimmick, but the artists make each creature fun and fascinating to look at.

Being a television show, especially one meant for kids, the story is episodic in nature, and admittedly there are a few episodes that could be considered filler. However, most of the episodes, while having a self-contained plot, progress the overall story, or at the very least provide some much welcome character development.

I won't deny that there are some episodes unnecessary to the plot or characters, especially in Season 1. However, the writers do a good job of reusing material from episodes that seem pointless in a way that doesn't seem forced, like when all the side characters from Season 1 return in Season 3 to help the main cast. Even when episodes aren't necessarily progressing anything, they're still very entertaining, and it's fun just to spend time with the characters. Speaking of which, while the other elements of this show are great in their own right, the characters are what make A:TLA phenomenal.

Pictured: An accurate representation of the main cast.
They're all relatable, they're all interesting, they're all unique; I can't think of a single character that I saw onscreen and thought, "Ugh. Why did they have to put this character in?" They all avoid cliches and they all develop deep, fleshed-out personalities; the first example that comes to mind Toph, an earth-bending girl introduced in Season 2.

Toph is young and blind, making her seem like a helpless character. But instead, she's an incredible earthbender and one of the best fighters in the show.

So, you may be thinking, "Oh, so she's the 'don't judge a book by it's cover' cliche?" Actually, no. While she is a total badass, there are a lot of moments where you get to see the hurt and confused young girl. She's got problems with her parents, she's got problems with society, she's got all the weaknesses an everyday person would have. She just is also able to throw around boulders like it's nobody's business. She has all the good qualities of the super-powered boss and the vulnerable child that she is.

And she's not alone (Zuko's redemption arc is one of my favorites in any story format). All of the characters have well-developed personalities; they don't feel like someone reading a script (which is also thanks to the incredible voice talents they had on board). Their actions and dialogue feel natural for the situations they're placed in, and even if you don't necessarily agree with a character's choices, you know why they did them and what they felt as they did so.

Shifting focus to the technical aspect, this is one of the best looking animated series ever. The animators were actually required to learn martial arts so that they could make the movements of the characters seem more lifelike. This really added to the anime vibe the show gives off, and even today, ten years after its release, Avatar still blows most other animated works out of the water.

Overall, this is just a wonderfully crafted series. Add together the creative setting, lovable characters, hilarious jokes, and spectacular visuals, and I would consider this show perfect. While it may have flaws, they are so insubstantial that they aren't worth mentioning. With the sleek looks of an anime and the writing style of a Hollywood blockbuster, this show stands amongst the best on television. 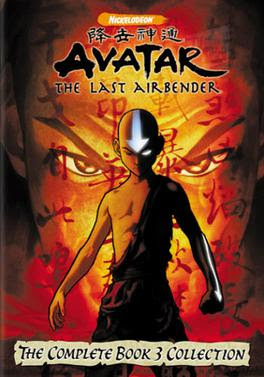 AGE RATING: There's nothing in this show that I would consider bad for kids. Despite intense action scenes, there isn't any blood or gratuitous violence. There definitely isn't any sexually explicit content or vulgar language. That said, I would recommend this show to older kids or early teenagers (between 10 and 14) rather than little kids. There's nothing wrong with showing younger children this show, but I personally think there's more for them to enjoy and appreciate if they can understand some of the more complex concepts in the show.

VERDICT: This is sort of hard to declare, seeing how the show has received a sequel series - The Legend of Korra - that takes place several years after the events of the first series.

However, this verdict determines the fate of Avatar: The Last Airbender, and therefore is centered around the characters and plot of the original series. Since A:TLA had an ongoing plot that ran the entirety of the show (each season was just part of the overarching plot, rather than a self-contained story), the main story of the show has been completed. While a new plot could be introduced to create another season (in a sense, the series is still ongoing, as a comic book series continues the adventures of the show's characters as they establish the setting of Korra and resolve some unanswered questions from the original series), the story of the first three seasons has made enough of an impact to stand alone and doesn't require any kind of followup. Adding more to the series would only do one of two things: it would diminish the importance of the previous story arc by creating a new and more dangerous threat, or it would be comprised of less important and less interesting stories, therefore negating the weight of the series' conclusion. That rules out revive. As far as a remake is concerned, the show was so expertly created that no remake would be necessary. Even if it were possible to recreate the characters and setting in a better light or through a different medium, the show was very much story-oriented; to remake it and keep the attention of those who had seen the previous series, the creators would have to alter the story and therefore tamper with the extensive and engaging lore of the world they had created. Therefore, this show deserves to rest in peace.