OVERVIEW: Danny Phantom was an animated series that aired on Nickelodeon from April 3, 2004 to August 24, 2007. The show focuses on 14 year-old Danny Fenton, who, after getting caught in a lab experiment, discovers that he has "ghost powers" that allow him to fly, phase through walls, turn invisible, and perform various other supernatural feats.

He keeps his ghost powers a secret due to his ghost hunting parents and fear of receiving even more ridicule at school (he's already unpopular). The only other people who know about his powers are his best friends, Sam (a goth girl who's constantly trying to rebel against "the system" and also the show's primary love interest) and Tucker (a technology loving dork with an obsession for meat).

His friends convince him to use his new found powers to battle the constant swarms of ghosts that attack their hometown, and he becomes the superhero Danny Phantom.

Together the three of them fight ghosts while also trying to survive the horrors of being unpopular in high school.

REVIEW: How much of that premise sounded familiar? Unpopular teenage boy gets superpowers in lab accident, decides to fight crime as a superhero while keeping his identity a secret,and constantly has to struggle to balance his hero, school, and social lives? I'll give you a hint: Superman isn't the only big name trademark hero making an appearance in this review.

Really though, this series is so Spider-Man it's kind of insulting. Need more proof? Let's take a look at some of the villains. There's the hunter who's obsessed with conquering the hero, who they see as the "ultimate prey"...

... the evil counterpart of the hero that has similar powers but is significantly stronger...

... heck, even the jock bully that picks on the hero at school whose first name ends in -ash (Flash in Spider-Man, Dash in Danny Phantom) and ironically admires the protagonist's superhero identity. 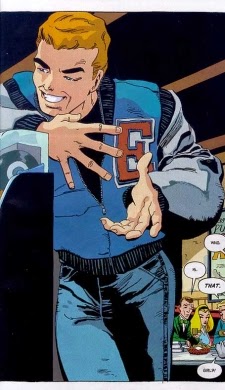 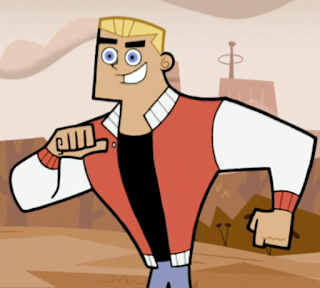 So having so much in common with (AKA: blatantly copied from) Spider-Man, you'd expect this series to be just a low-grade ripoff, right? Well, not really. For starters, keep in mind that Spider-Man hasn't been in high school for decades in the comics. While it's great seeing a character, especially a comic book character, grow and change through life experience, the target demographic changes as the character ages. People who grew up with Spider-Man got to see Spider-Man grow up, but what about newer, younger readers? Sure, Spider-Man is still awesome, no matter what age you are, but there's something lost in that relatability to a character that's the same age as the audience. That's why kids' shows almost always have child/teenage protagonists; they want someone they can relate to, and if a show can take a premise for a story and throw in its own unique flair, more power to it.

In addition, the show's focus on ghosts is a unique and surprisingly dark twist. A lot of the show is done in darker or more eerie colors, although the cartoonish style keeps it from getting too grim. On top of that, let me reiterate that many of the characters are ghosts, AKA: people who were once alive. You can almost tell how some of the characters died depending on their abilities and how they act in the show.

On top of that, the show acts sort of like a borderline parody of superhero stories. While it does want to be taken seriously at some parts, there are a lot of moments where one of Danny's quips or one of the villains lines seems to be almost spoofing the kind of dialogue you'd see in a comic book.

All that being said, this was an early 2000s cartoon, and it's painfully obvious of the time period in which it's set. The best example is Tucker, the tech geek, who is constantly on the forefront of the technological curve with... a PDA?

It's not just the technology, either. The way the characters (especially the teenagers) talk and act reflect early-2000s stereotypes: the bullies use really bad puns that are supposed to be insulting, the protagonist is an unpopular dork who's embarrassed by his even dorkier parents, the goth girl is a rebel to almost every social norm, the adults are either idiots, dorks, or otherwise incredibly abnormal, and all the teenagers place each other into easily identifiable categories like jock, pretty girl, nerd, etc. The characters are full of cliches, although some of them are still interesting despite their obvious stereotypes.

Despite being cliched, a lot of the characters still have a lot of personality. For example, Danny's parents, who are probably some of the funniest and most interesting characters in the show, take the absolute best of the stereotypical idiot husband and supporting/superior wife. Jack Fenton is a ghost hunter wannabe and the typical idiot father that's always inconveniencing his family through his stupid hijinks. But as the show progresses, we see that not only is he better at his job than he lets on, he's also incredibly determined on keeping his family safe from both the ghosts he fights and his own failure, all while continuing to be the funniest character in the show.

The mother, Maddie, is considerably smarter and better at ghost hunting than her husband, but she constantly tries to give Jack good ideas while making him believe they're his. Her selfless yet badass personality is a perfect partner to Jack's huge but charming ego. Together the two of them are a hilarious duo that stand out amongst many less interesting characters.

Despite the tired cliches and dated references, the show still holds up decently, with plenty of good humor and decent action. The animation, while not spectacular, manages to meet in the middle between goofiness and action-packed. It's silly at times and serious at others, like any good cartoon trying to tell a story should be. Overall, it's dated and not very original, but it's still worth at least hitting the highlights.

AGE RATING: There's nothing really bad in this show unless you look too deep into the whole "ghost" thing. The visuals can be mildly creepy, but as long as your kids aren't still in diapers I wouldn't worry about it. I'd say kids between 6 and 10 would enjoy this show most, although some older kids and even a few teens may like it if they can get past the clearly outdated cliches.

VERDICT: This show has a lot of potential for a remake. While the premise isn't unique, the bizarre atmosphere that it's focus on ghosts gave set it apart from other superhero stories. Even though the characters were cliched, that was more due to the dated way they talked; change up the dialogue a bit, and some of them might be more interesting.

I suppose reviving the series is also possible, with an older Danny dealing with newer, bigger problems and trying to maintain a relationship with his girlfriend, but as I mentioned earlier, one of the reasons I tolerate this show's blatant ripoff of Spider-Man is because it stays in the time frame of a high school student, keeping it relatable to a younger audience. In addition, the series finale was just bad: the main villain that had been built up over all three seasons ended up not being the primary conflict (instead the writers decided to go with a force-of-nature disaster story), Danny isn't even able to "go ghost" half the hour-long episode, and the story arc for the relationship between him and Sam, as well as his secret identity, come to an abrupt ending rather than building up to something suspenseful and engaging. It was as if the writers were still writing episodes for season 3 and realized, "Oh crap, we have to end this series right now. Tie up all the loose ends and drop it like a hot potato!" Heck, the two part special "Reign Storm" was probably the most high-stakes, full intensity episode of the series; it would have made a great series finale.

A few bad choices and some dated dialogue are all that keep this series from being something timeless. Take the original, update some of the less timeless concepts, polish it all up, and you might have a superhero story that will stand among the greats. 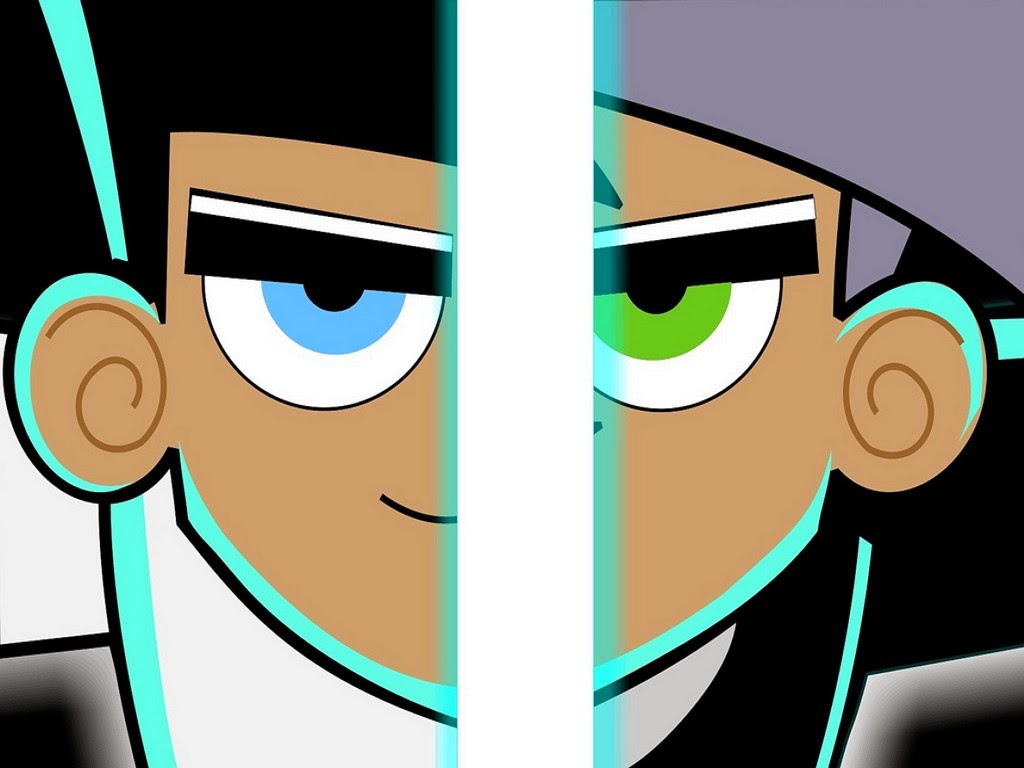